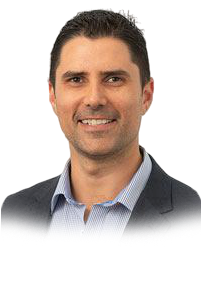 Mr Matthew Read is a general and upper gastrointestinal surgeon with a special interest in minimally invasive surgery. After completing his general surgical fellowship in 2016, Matthew was accepted by the Australian and New Zealand Gastro Oesophageal Surgery Association (ANZGOSA) for subspecialty training in the field of upper gastrointestinal surgery. This was undertaken at both St Vincent's and the Alfred Hospitals in Melbourne. Following this, Matthew undertook a surgical oncology fellowship with a special focus on robotic surgery at the University Medical Center in Utrecht, the Netherlands, under the supervision of Prof Richard van Hillegersberg.

Matthew has also recently completed a PhD through the University of Melbourne and the Peter MacCallum Cancer Centre, which was focused on the development of preclinical models to better understand oesophageal cancer and its precursor, Barrett’s oesophagus. This work has led to numerous publications, awards and international collaborations. Most recently, Matthew was awarded the senior lecturer fellowship from the Royal Australasian College of Surgeons and was appointed to the advisory board of OESO, a worldwide organisation which focuses on diseases of the oesophagus.Matthew has also been elected to a position on the Academia surgical Committee as the Younger Fellow Representative.

All of these are usually performed via keyhole surgery (unless specific patient circumstances require open surgery).

In conjunction with the team at Melbourne Gastro Oesophageal Surgery, Matthew is involved in ongoing research to ensure patients receive the most up to date and effective treatments.